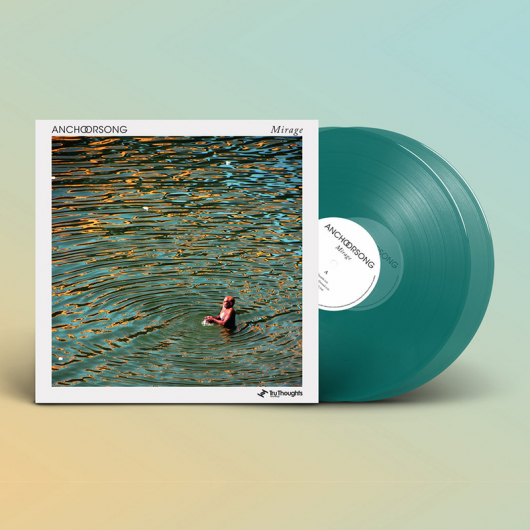 12" Album / Tru Thoughts / Electronic, Downtempo, Dub
‘Mirage’ is the anticipated fourth album from London-based Japanese producer Anchorsong aka Masaaki Yoshida. The highly-fêted MPC wizard presents a record that evokes hazy soundscapes constructed with wind instrumentals, choirs, and global sonic particles. Building on Anchorsong’s long-standing tradition of “borderless music”, ‘Mirage’ fuses intricate rhythms with minimal yet immersive lush interplays of sound to create an auditory odyssey. ‘Mirage’ marks a departure from Anchorsong’s previous two albums – ‘Ceremonial’ and ‘Cohesion’ – specific geographical references. Instead, the album which was half-written during lockdown and when nobody could travel, shows Masaaki internalise his global influences and worldview to conjure a “vague landscape that only exists in my mind”.

“I let my imagination run wild and thought of places I’ve never been to. The tracks that came out of this process diversified the tones and colour of the record further. I hope it takes a listener on the journey I experienced."
Tracklist:
Order on Amazon