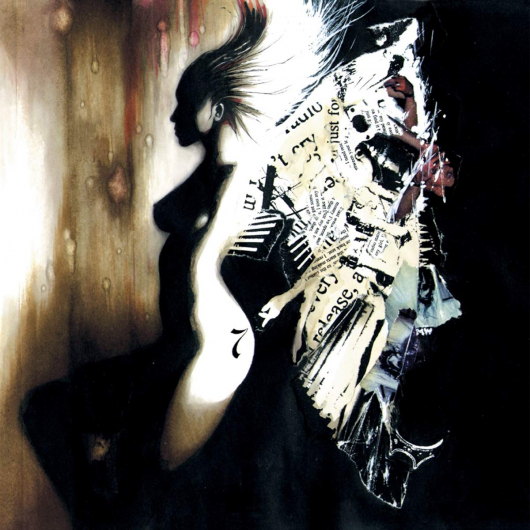 12" Album / Rhymesayers / Hip Hop
Originally a cassette-only album released in 1999, Headshots - Se7en is back on vinyl to celebrate its 20th anniversary. With features from Eyedea, Musab, & Mr. Gene Poole, the tracks were recorded between 1997 - 1999, and they serve as proof of how hungry Atmosphere remained after its debut, Overcast. Slug experiments further with rhyme patterns and taking on various personas, and Ant's production showcases colorful instrumentation, with top-notch chemistry between the duo providing a snapshot of the level at which the underground hip-hop scene operated at at the time of the record's release. The OG Headshots cassettes were 4-track recordings that collected works from various artists. Se7en pulls away from the compilation format of the series and puts Slug dead center, laying down the foundation for what was to become a long and storied career.
Tracklist: 01. Sep Seven Game Show Theme
02. Round & Round
03. Choking On The Wishbone
04. The Jackpot / Swept Away
05. @ It Again
06. Lyle Lovette
07. The Stick Up
08. Higher Living
09. To The Break Of Sean
10. Deer Wolf
11. Molly Cool
12. Dungeons And Dragons
13. Anterlude
14. Advanced Communications
15. A Tall Seven & Seven
16. 3.2 Red Dog
17. The Abusing Of The Rib
18. Write Now (Multiples No. 4)
19. I Wish Those Cats @ Fobia Would Give Me Some Free Shoes
20. Heart
21. Industrial Warfare
22. Travel (Remix)
23. 7th St. Entry
24. Sent
25. Multiples Reprise (Remix)
26. Funny Colors In My Mushroom Trails
27. Fuck The Bullshit
28. Struggle Song
29. Dubs
30. Substance Abuse
Order from TurntableLab Standard black vinyl