A Loud Bash Of Teenage Feelings 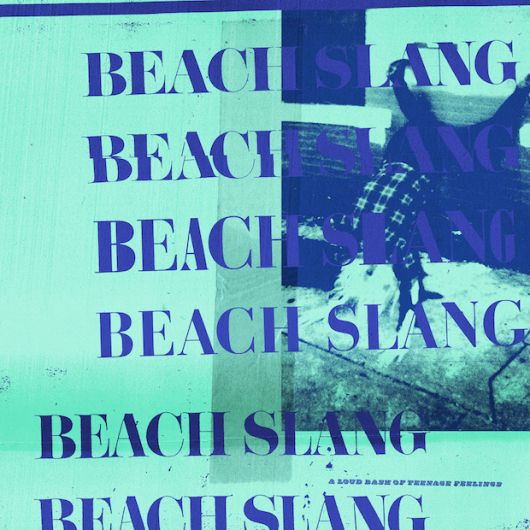 12"Album /Polyvinyl, Big Scary Monsters /Indie rock, Rock
James Alex, songwriter and front man for Philly indie-punk outfit Beach Slang, knows wherefrom he sings. Like a lot of us, Alex is that kid Lou Reed sang about, the one whose life was saved by rock and roll. And A Loud Bash Of Teenage Feelings (Polyvinyl), Beach Slang’s second full-length, is just that—a crash-and-thunder collection of songs about what it takes to keep yourself going, to make it through the rest of the night—hell, through the rest of your youth—and beyond.

Coming off a string of acclaimed EPs, Beach Slang’s first album, 2015’s The Things We Do To Find People Who Feel Like Us, won remarkably effusive acclaim from a number of critics, and wound up on several “best-of-the-year” lists. James wrote much of A Loud Bash Of Teenage Feelings on that album’s support tour, during which he spent a lot of time with the kids who’d picked up the record.

“A lot of the songs [on Loud Bash] are the stories of the kids who got turned on to Beach Slang by the first album,” says Alex. “They’re autobiographical, too, but kind of at a remove—I’m not that young kid anymore, but I used to be. You know how it is; rock and roll is a new crop of 15-year-olds picking up guitars every year and having at it. There was something really cool about documenting someone elses life, but seeing myself in it. I suppose that’s why we connect. We’re all kind of one big gang.”
Tracklist:1. Future Mixtape For The Art Kids
2. Atom Bomb
3. Spin The Dial
4. Art Damage
5. Hot Tramps
6. Punks In A Disco Bar
7. Wasted Daze Of Youth
8. Young Hearts
9. The Perfect High
10. Warpaint
Order colored vinylStandard black vinyl