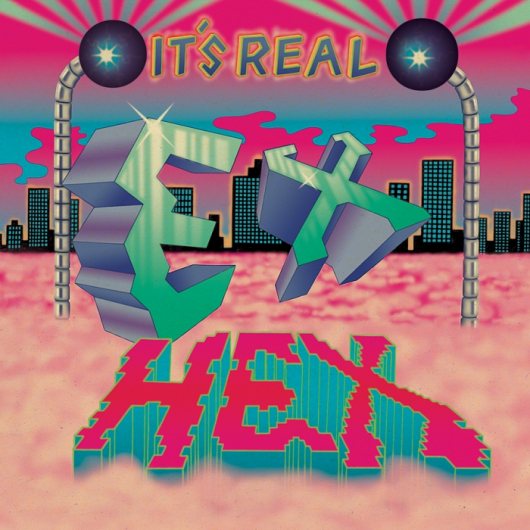 12" Album / Merge Records / Rock
On It’s Real, the group’s second album, Ex Hex’s commitment to larger-than-life riffs and unforgettable hooks remains intact, but the garage-y, post-punk approach that defined their debut album Rips has grown in scale and ambition. What started as a reaction to the blown-out aesthetic of Rips would test the sonic limits of the power trio and lead the band on a quest for a more immersive and three-dimensional sound. Vocal harmonies are layered ten tracks deep, solos shimmer and modulate atop heaving power chords, and the codas linger and stretch toward new frontiers of sound. On first listen, you might think you’ve unearthed a long-lost LP carved from the space where crunch-minded art rock and glitter-covered hard rock converge, an event horizon at the intersection of towering choruses and swaggering guitars.

Ex Hex were already one of America’s best guitar bands—but on It’s Real, their musical savvy has thrillingly combined with anything-goes curiosity, studio experimentation, and a dedication to refinement, resulting in an album that’s ready to be played at maximum volume.
Tracklist: 1. Tough Enough
2. Rainbow Shiner
3. Good Times
4. Want It to Be True
5. Diamond Drive
6. No Reflection
7. Another Dimension
8. Cosmic Cave
9. Radiate
10. Talk to Me
Order here