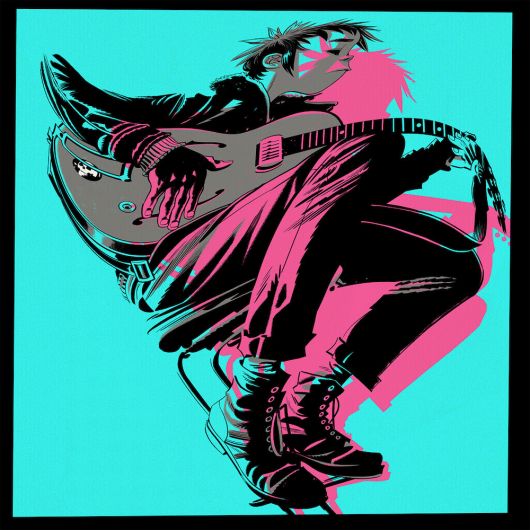 12" Album / Parlophone / Electronica, Downtempo, Indie
Just when we were starting to get used to waiting seven years for a new record, the biggest virtual band in the world are back again with another one, barely more than a year after the critically-acclaimed Humanz album. Jamie Hewlett and Damon Albarn are in the director’s chairs, with James Ford of Simian Mobile Disco handling the beats (fresh off producing Arctic Monkeys’ Tranquility Base Hotel & Casino and Depeche Mode’s Spirit). If you were put off by the guest-heavy Humanz last year, this one is for you: the only guests are the album are Snoop Dogg and Jamie Principle (on the same track!), and George Benson. 2-D, Noodle, Murdoc and Russel seem to have slowed things down a bit as well; while Humanz consisted mostly of uptempo club tracks (‘a party for the end of the world’), The Now Now is a breezier, funkier, more optimistic affair (consider it a soundtrack for after the nuclear dust has settled). Breezy lead single “Humility” could have easily been plucked off a volume of Too Slow To Disco if not for Albarn’s unmistakeable voice. “Lake Zurich” is a glossy analog funk instrumental that will fit snugly between any two Metro Area burners. This 180g blue colored vinyl pressing housed in deluxe hardcover box comes with a ton of extras: 52-page booklet replicating 2-D’s original studio notebook and album lyrics, 4 art prints, 6 pins and download card.
Tracklist: 01. Humility (feat. George Benson)
02. Tranz
03. Hollywood (feat. Snoop Dogg and Jamie Principle)
04. Kansas
05. Sorcererz
06. Idaho
07. Lake Zurich
08. Magic City
09. Fire Flies
10. One Percent
11. Souk Eye
Order Boxset from Turntable Lab Standard black vinyl