Under The Bushes Under The Stars 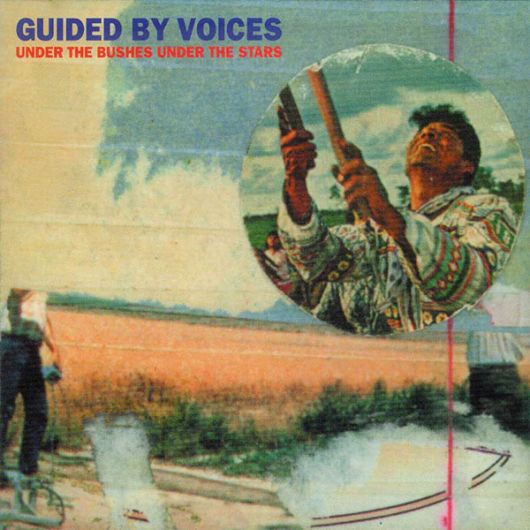 12"Album /Matador /Indie rock
In November 1995, chief Robert Pollard handed in Guided By Voices’ darkest and most obscure record to date. The 60-odd songs the band had recorded in 24-track studios had all been scrapped. Pollard was adamant about releasing a home-taped album "as is, no compromises, man," citing his dissatisfaction with the hi-fi material.

Then he changed his mind and went into a 24-track studio along with Fennell and Sprout and banged out the majority of songs on Under The Bushes in two days. The results were one Guided By Voices’ clearest and most ecstatic album to date. "It took a while to get comfortable recording outside of Tobe’s house. Recording and playing live were always two separate entities. We felt kind of uptight on some of the 24-track stuff we’d done before. We figured out a way to make the two meet, which is to keep the formula of not overrehearsing. But now we can go in and treat it like Tobe’s place."