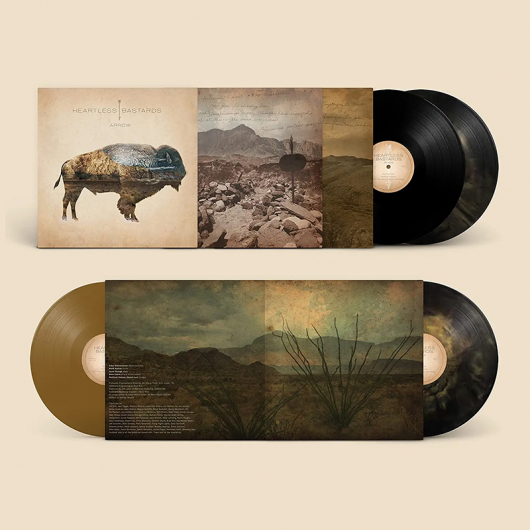 12" Album / Partisan Records / Rock, Rock & Roll
Heartless Bastards’ career-defining album Arrow turned 10 this year, and Partisan is celebrating by re-releasing the LP on black and gold galaxy vinyl. This special edition release will be limited to 2000 copies that have been hand-numbered.

Produced by Jim Eno from Spoon, Arrow features Erika Wennerstrom on guitar and vocals, Dave Colvin on drums, Jesse Ebaugh on bass, and Mark Nathan on guitar. This album showcases a band at the height of their powers. They are synthesizing the best of bar rock, Alt-country, classic rock, and the blues into something vital, unfiltered and all their own. The seamless sound achieved on Arrow was the result of 2 years of nearly non-stop touring; on the road the band developed an astonishing musical telepathy, with all four players intuitively able to craft Wennerstrom’s songs into maximum form.
Tracklist:
Order on Amazon