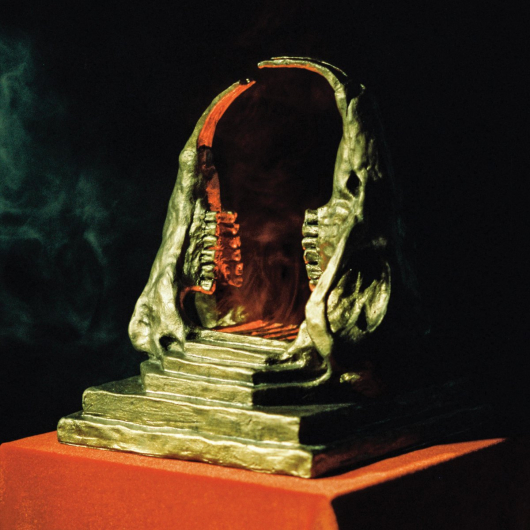 12"Album /ATO Records, Flightless
King Gizzard & The Lizard Wizard continue their ruthless release schedule with what may be their most brutal record yet. 2016’s Nonagon Infinity hinted at their love for metal in its fiercest moments, 2017’s Murder of the Universe features some serious thrashing, but they’ve never made a record like this before. Founding member Stu Mackenzie explains - “In year 4 there was an older kid who was into Rammstein. I made friends with him and we put together a performance at our school assembly where we headbanged to "Du Hast". I got whiplash, which I thought was pretty cool. That was my introduction to heavy metal, and soon Rammstein led to Metallica, Metallica led to Slayer, Slayer led to Kreator and Sodom…” Lyrically and sonically, the record is nihilist, utterly disgusted at the state of the world that spawned it. “Organ Farmer” owes a clear debt to Hetfield & Co, two minutes and fourty seven seconds of galloping guitars and double-bass-kick drum.
Tracklist:1. Planet B
2. Mars for the Rich
3. Organ Farmer
4. Superbug
5. Venusian 1
6. Perihelion
7. Venusian 2
8. Self-Immolate
9. Hell
Order from TurntableLab