The Mind Is a Terrible Thing to Taste 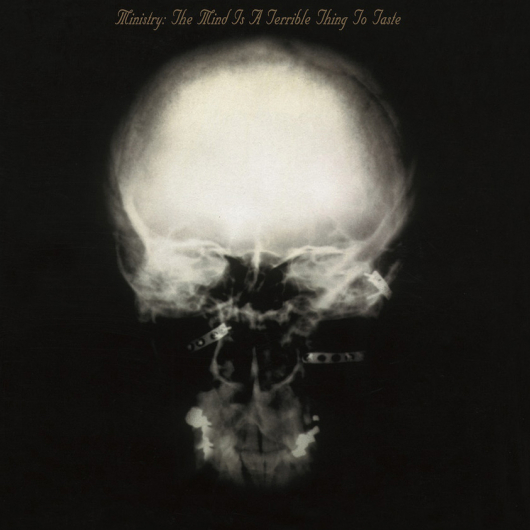 12" Album / Music on Vinyl / Industrial, Electronic, Rock
After shedding any shred of new wave pretensions with the highly electronic Twitch and the ever more aggressive Land Of Rape And Honey, Ministry hit the world with The Mind Is A Terrible Thing To Taste. Its harsh blend of distorted guitars, electronic rhythms, and vocalists Chris Connelly and Al Jourgensen's increasingly gnarled vocals proved to be just right for the time. Although they may have moved on from their earlier sound, Ministry was poised to take on a world of new followers. They took cues from the speed metal of Metallica and Slayer, that was popular at the time, and smashed it together with intelligence and experimentalism that lies at the roots of industrial music. From the opener "Thieves," with its now legendary drill sample, through the dirge metal of "Dream Song," Ministry took their listeners somewhere else.
Tracklist: 1. Thieves
2. Burning Inside
3. Never Believe
4. Cannibal Song
5. Breathe
6. So What
7. Test
8. Faith Collapsing
9. Dream Song
Order from TurntableLab