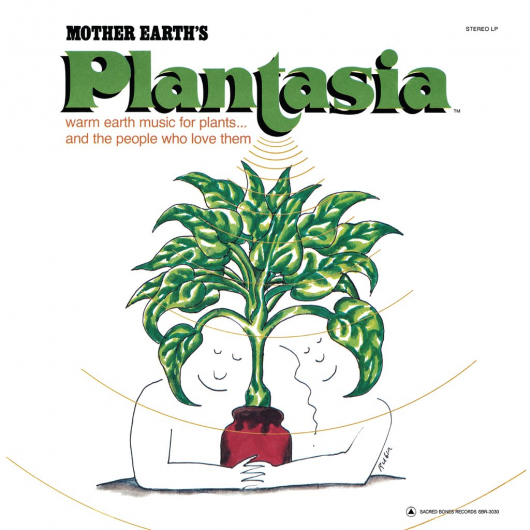 12" Album / Sacred Bones / Electronic, Experimental, Ambient
Originally released in 1976, Mort Garson's Mother Earth's Plantasia has been labeled "warm earth music for plants . . . and the people who love them" and has gained a cult following in recent years despite its long-standing rare status. Built from Garson's warm Moog melodies, the album runs the gamut of moods, from charming and serene, haunting and sinister, to playful and surreal - the perfect soundtrack to hanging out (stoned or not) with your photosynthesizing pals. Garson rose to prominence as a composer, bandleader and songwriter of rock singles in the late 1950's before becoming an early adopter of the Moog synthesizer (he actually soundtracked the 1969 moon landing with it). Plantasia feels like the culmination of his work as a composer and arranger, or at the very least, his most timeless and memorable. This is the first official repress of the album, and comes pressed on apropos green colored vinyl, complete with full reproduction booklet, and digital download, printed on plantable seed paper.
Tracklist: 1. Plantasia
2. Symphony for a Spider Plant
3. Baby's Tears Blues
4. Ode to an African Violet
5. Concerto for Philodendron and Pothos
6. Rhapsody in Green
7. Swingin' Spathiphyllums
8. You Don't Have to Walk a Begonia
9. A Mellow Mood for Maidenhair
10. Music to Soothe the Savage Snake Plant
Order from TurntableLab