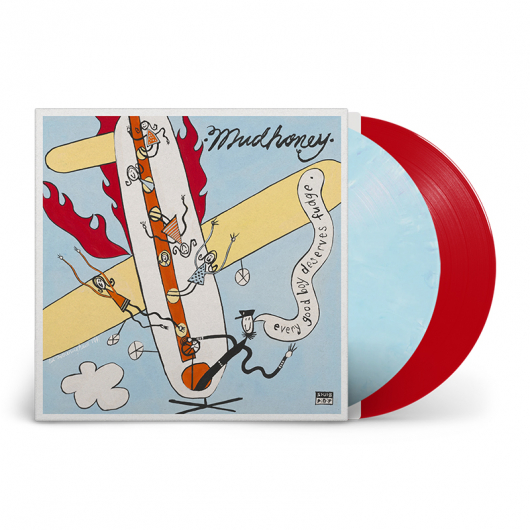 12" Album / Sub-Pop / Rock, Pop
By going back to basics with Every Good Boy Deserves Fudge, Mudhoney flipped conventional wisdom. Not for the first time - or the last - they would be vindicated. A month after release in July 1991, the album entered the UK album chart at Number 34 (five weeks later, Nirvana's Nevermind entered at 36) and went on to sell 75,000 copies worldwide. A more meaningful measure of success, however, lay in it's revitalization of the band, casting a touchstone for the future. The record is a major chapter in Mudhoney's ongoing story, the moral of which has to be: when in doubt, fudge it.

This 30th anniversary edition, remastered by Bob Weston at Chicago Mastering Service, stands as testimony to the creative surge that drove them in this period. The album sessions yielded a clutch of material that would subsequently appear on B-sides, compilations, and split-singles. This edition includes all those tracks, and a slew of previously unreleased songs, including the entire five-track Music Source session.
Tracklist: 1. Generation Genocide
2. Let It Slide
3. Good Enough
4. Something So Clear
5. Thorn
6. Into the Drink
7. Broken Hands
8. Who You Drivin' Now?
9. Move Out
10. Shoot the Moon
11. Fuzzgun '91
12. Pokin' Around
13. Don't Fade IV
14. Check-Out Time
15. March to Fuzz
16. Ounce of Deception
17. Paperback Life (alternate version)
18. Fuzzbuster
19. Bushpusher Man
20. Flowers for Industry
21. Thorn (1st attempt)
22. Overblown
23. March From Fuzz
24. You're Gone
25. Something So Clear (24-track demo)
26. Bushpusher Man (24-track demo)
27. Pokin' Around (24-track demo)
28. Check-Out Time (24-track demo)
29. Generation Genocide (24-track demo)
Order on Amazon