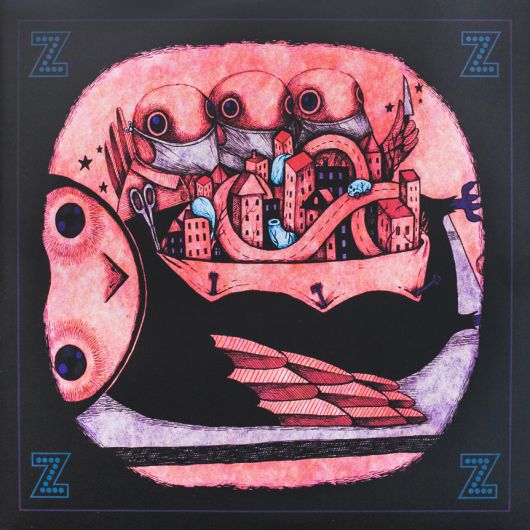 12"Album /Vinyl Me, Please /Indie rock, Psychedelic rock
Z is the fourth studio album by psychedelic rock band My Morning Jacket. This collection features a much spacier and more polished sound than previous releases, making heavy use of synthesizers throughout and incorporating reggae and dub influences. The heavy reverb that was a defining characteristic of the band's prior recordings is largely absent. The songs on the album are more focused and shorter in length compared to the band's previous albums.

"'Z' is an album of rebirth infused with the hope that things might turn alright; it's about mourning the loss of partners and lovers, but also celebrating the emergence of new friends and the potential inherent in each day. This is soul music in the purest sense, raw emotions woven into ghost stories, true fables, and artful complaints, recorded on top of a haunted mansion in upstate New York. They're too smart to offer a blueprint. After all, everyone's answers are different. Instead, My Morning Jacket offered something more powerful and universal. They reminded us how much capacity and potential we actually have, should we manage to survive." -Jeff Weiss