The King Of Whys 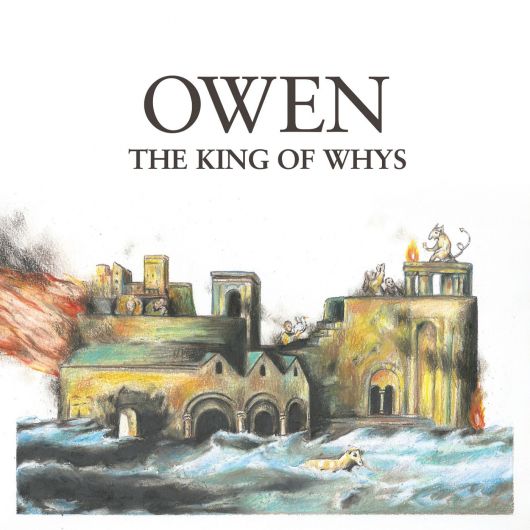 12"Album /Polyvinyl /Country, Folk, Folk rock
Owen – the acclaimed solo musical guise of singer/songwriter/multi-instrumentalist Mike Kinsella – has made an astonishing leap forward with The King of Whys, the first work in his two-decade-plus career to be made entirely outside of the greater Chicagoland area.

Produced by S. Carey over 18 days last winter at April Base Studios in Eau Claire, WI, the album is Owen’s most inspired and evocative thus far, interpolating a group dynamic into what has long been an intensely intimate sound.

Songs like “The Desperate Act” and “Sleep Is A Myth” remain spare but with a distinctly outward shift in scope, their open-armed sonic range a perfect foil to Kinsella’s evocative explorations of marriage, melancholia, and modern middle age.

Fraught with hurt and wry humor, The King of Whys is a portrait of a restless artist grappling with doubt and ghosts of the past but searching for meaning through candor, creativity, and an ardent need for emotional release.
Tracklist:1. Empty Bottle
2. The Desperate Act
3. Settled Down
4. Lovers Come and Go
5. Tourniquet
6. A Burning Soul
7. Saltwater
8. An Island
9. Sleep Is a Myth
10. Lost
Order colored vinylStandard black vinyl