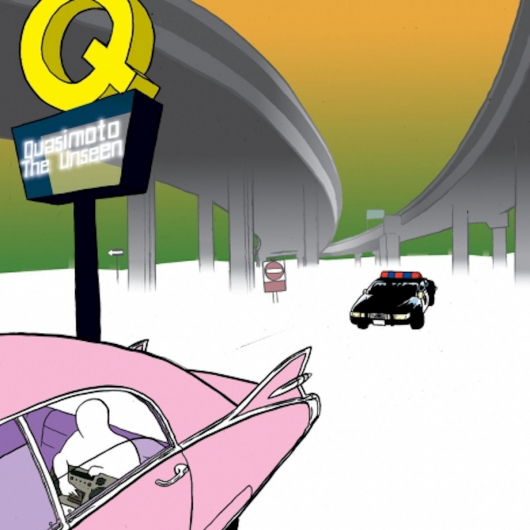 12"Album /Stones Throw
The Unseen was released in 2000, and turned into one of the new decade's first sleeper hits at a time when the producer and label were unknown outside of hip-hop DJ circles. The Unseen was Madlib's solo debut, but at the time the time the album premiered, the identity of Quasimoto himself was a bit of a mystery. Maybe he was Madlib, maybe he wasn't. Maybe it's none of our business.

Madlib created Quasimoto as someone to rap on his beats for his own private listening while living in Oxnard and Santa Barbara in the 1990s. The Unseen was the result of Peanut Butter Wolf's convincing Madlib to release these recordings for the rest of the us to hear. Sleeve by Jeff Jank.
Stones Throw Store