Queens Of The Stone Age 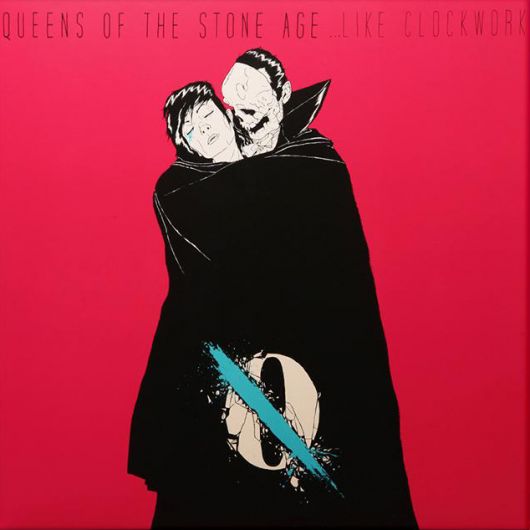 Described by Queens principal Joshua Homme as "an audio documentary of a manic year," ... Like Clockwork was the band's first full length collection of all new material since 2007's Era Vulgaris, as well as the band's debut release on new label partner Matador. ...Like Clockwork was produced by Joshua Homme and QOTSA, recorded by Mark Rankin with additional engineering by Justin Smith, at Josh's studio, Pink Duck, in Burbank, California.

45 RPM pressing, packaged in a gatefold jacket with picture sleeves.
Tracklist: 1. Keep Your Eyes Peeled
2. I Sat By The Ocean
3. The Vampyre Of Time And Memory
4. If I Had A Tail
5. My God Is The Sun
6. Kalopsia
7. Fairweather Friends
8. Smooth Sailing
9. I Appear Missing
10. ...Like Clockwork
Order from Newbury Comics