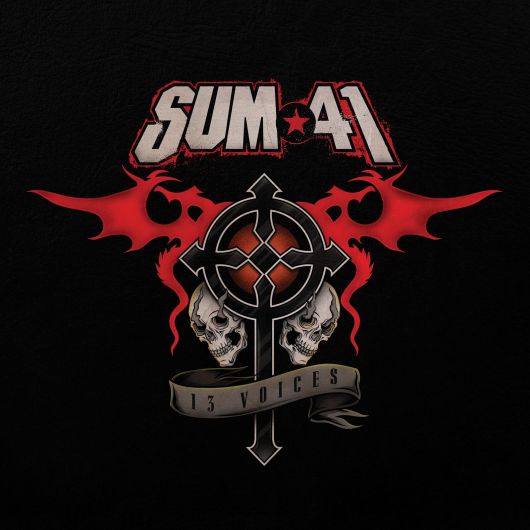 12" Album / Hopeless Records / Punk, Rock
Sum 41 have announced their sixth studio album, the first in over five years, titled 13 Voices. The record is due out October 7 on Hopeless Records and will serve as the follow-up to 2011's Screaming Bloody Murder. The album will be the first to feature guitarist Dave Baksh since 2004's Chuck and the first ever to feature second drummer Frank Zummo, who replaced Steve Jocz in 2015. It will also be Sum 41's first album as a five-piece and all new lineup, as it features both Baksh and Tom Thacker on lead guitar.

Instant Track "Fake My Own Death" sent via email at the time of purchase.
Tracklist:
Order colored vinyl Buy on Amazon