The Salt Doll Went To Measure The Depth Of The Sea 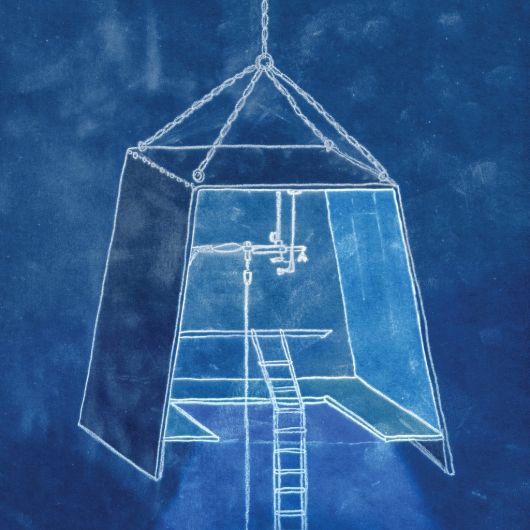 12" Album / Joyful Noise Recordings / Rock, Folk, Shoegaze, Experimental
Formed in 2007 by best friends, Ben Knox Miller and Jeff Prystowsky, The Low Anthem grew from DIY ethos in the late-aughts to semi-accidental success. Having originally self-released What The Crow Brings and Oh My God, Charlie Darwin (which sold a combined 100,000+ copies), the group signed with Nonesuch, toured the world, and were reluctantly lumped in with the so-called "folk revival". However, night after night of performing their early material was not ultimately where they wanted to land: “The moment was losing its mystery. We were scared of becoming robots,” said the band after six years of reflection.

So, in the winter of 2012, the group came back to their hometown of Providence, RI, with an eye toward re-exploring their musical understanding from the ground up. Largely abandoning the international folk movement they were a part of, the group instead poured their energy into their local community by rehabbing a vaudeville-era theater, and building their own recording studio.

It’s in this newly restored vaudeville theater-studio that The Low Anthem found new direction. The band began recording in increasingly experimental and meticulous ways (using various non-instruments and painstakingly tracking hundreds of hours of material). It was an exercise in complete musical deconstruction - scrambling and reassembling their musical ideas – which eventually resulted in the album Eyeland. A complexly experimental album, the release of Eyeland was tragically cut short after four shows due to a crippling car accident, leaving the band hospitalized and the tour cancelled.

It was through this whole journey that The Low Anthem were able to boil-down their musical ideals and find their true voice. With their new album The Salt Doll Went To Measure The Depth Of The Sea, The Low Anthem present 12 short songs that are fragile, nuanced, and honest. In contrast to the existential freakout that is Eyeland, or the folk-faithful incubator albums, The Salt Doll... feels delicately purposeful. Acoustic arrangements are peppered with subtle and fragmented electronic elements. Rhythms are physically composed on the center loops of vinyl records. These elements weave songs that sound at once organic and highly-conceptual.
Tracklist: 1. Bone of Sailor, Bone of Bird
2. River Brine
3. Give My Body Back
4. Drowsy Dowsing Dolls
5. The Krill Whistle Their Fight Song
6. Toowee Toowee
7. Coral Crescent
8. Dotwav
9. Cy Twombly By Campfire
10. Gondwanaland
11. To Get Over Only One Side
12. Final Transmission From The Diving Umbrella
Order from Joyful Noise Standard black vinyl