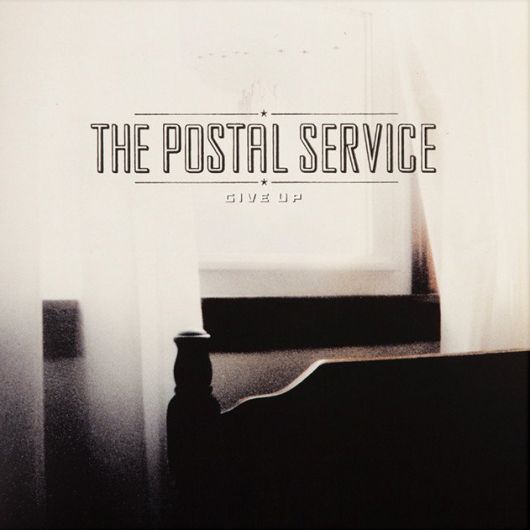 Album is hand numbered and includes a lyric sheet and a digital download.

Give Up is the one and only album from The Postal Service, the long-distance collaboration between Ben Gibbard (singer/guitarist from Death Cab for Cutie) and Jimmy Tamborello (Jimmy recorded the Beachwood Sparks album Make the Cowboy Robots Cry and also records under the name Dntel). Ben and Jimmy sent music back and forth, between California and Washington, each adding new elements until the record was complete. The result is a sweetly charming, largely electronic album with a warmth not typically associated with the clicks-and-beeps set. As an added bonus, additional vocals on the record are provided by Jen Wood and Rilo Kiley’s Jenny Lewis.
Tracklist:1. The District Sleeps Alone Tonight
2. Such Great Heights
3. Sleeping In
4. Nothing Better
5. Recycled Air
6. Clark Gable
7. We Will Become Silhouettes
8. This Place Is A Prison
9. Brand New Colony
10. Natural Anthem
Order colored vinylStandard black vinyl